Regression testing is a vital and necessary step in software development because it ensures that code changes you make don’t have unintended side effects.

It’s true that regression tests can be conducted manually. However, repetitive tasks are best left to machines which allow developers and testers more time for creative work like resolving complex bugs or creating new features. Automated testing enables you to maintain high-quality software delivery without sacrificing speed while freeing up your team members’ time.

Andrei Mikhailau, Software Testing Director at ScienceSoft details, “Regression testing helps re-validate the existing software functions after changes to software under test have been introduced (e.g., new features or integrations have been added). Thus, regression testing may take up to 70% of all testing efforts, and being monotonous and time-consuming, it is typically the best candidate for test automation.”

One of the primary advantages of automated regression testing is undeniably resources savings. You can automate verifying specific components in your software and devote more time to fixing other bugs, even manual research on rare circumstances that require special attention. This will provide a better experience for customers with less buggy software!

With the growing demand for new and updated features to be built into the software, there is an increasing need for QA teams. By selecting a no-code test automation technology like Autify instead of skilled programmer-based tools such as Selenium, more time can be saved on setup and maintenance without relying heavily upon developer support. This allows QA teams greater flexibility by flowing around bottlenecks.

Regression testing can be tedious, repetitive, time-consuming, and laborious. Automation can help to save hours of effort when testing new releases or product upgrades by running a suite of key tests for errors in the software code before they are released into production. This ensures that any change made will not break existing functionality while also reducing chances for human error during development cycles and other phases where regression issues usually occur most often. There’s nothing worse than putting out updates without first checking if there were changes that caused regressions. This could lead to an upset customer base who would have difficulty using your products due to glitches introduced with recent updates. But don’t worry… automation can help catch bugs early.

“There’s really no such thing as too much testing.”

The automated team can run tests continuously for 24 hours a day, 7 days a week every year. This means that things are constantly being analyzed and tested without any need to wait around or schedule anything by themselves because it happens automatically! You could also set up regression testing so it runs at certain intervals (like weekly) in order to make sure no bugs slip through the cracks. Testers will be able to focus on more valuable tasks while these background checks happen seamlessly behind them.

Continuous regression testing notifies testers of bugs prior to them reaching end users. With visual recordings and logs, detecting and fixing faults is quick. This means that the user won’t be able to suffer from any glitches or crashes they might have encountered on a previous release.

Pieter VanIperen, Managing Partner at PWV Consultants describes, “Software should be tested all the time. The development process can be lengthy, depending on complexity, and testing is how stability and security are determined. There’s really no such thing as too much testing.”

VanIperen continues, “Testing is vital to successful software development. It should be done often, even post-deployment. Software is never truly complete, we just reach the point of ‘done enough’ to satisfy users and provide the needed benefit. But if that software isn’t maintained it will fail and the benefit it provided will disappear. Which could lead to lots of unhappy customers. And no one wants that!”

The automation of repetitive tasks frees up resources otherwise spent on manual tests so they can focus on creative work like determining which features need additional attention or designing new ways for users to interact with a product.

“Humans are prone to make mistakes,” says Miranda Yan, Co-Founder of VinPit. “When performing many same-type boring operations, anyone can make a mistake. A tester may decide to skip some tests because they always passed well. It can also be because, in [their] opinion, the modifications of the system have not affected that module of the system. As a result, the test coverage will be severe and insufficient defects may remain undiscovered.” Automation can help reduce human errors. And the future of software is shifting towards reliance on artificial intelligence, not scaling with humans.

When testers are overburdened with manual, repetitive tasks they have less time to test and risk overlooking exploratory testing. This means that the tests cannot be as thorough which lowers the quality of a project’s final product.

Autonomous tests may run at a speed and frequency that manual testing just cannot match, meaning quality assurance can be scaled without limitations. 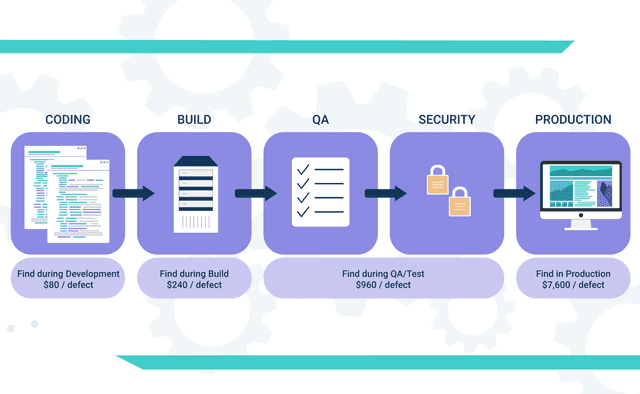 With older waterfall methodologies, QA teams would reserve regression testing in a dedicated step before production. However, with newer agile principles, teams can test iteratively, establishing rapid feedback loops thus reducing overall testing time while maintaining a high level of quality. With a handy automation tool like Autify, users can generate visual recordings to quickly determine why errors occur. AI learns of UI changes and passes tests- yet alerting the tester of changes. This not only accelerates feedback loops but also speeds up failure repair.

Adam Auerbach, VP of DevTestSecOps at EPAM understands the need for instant feedback. He explains, “As a software testing method that helps uncover and address problems at different stages of the development journey, continuous testing introduces quality assurance from the get-go with constant iterations of testing and actionable feedback at each stage. This helps developers and product managers identify and fix critical bugs in the early stages of the software development lifecycle (SDLC) and ensure that errors in the code aren’t released into the wild.”

Automation boosts your product’s test coverage, ensuring that additional features are thoroughly evaluated and a higher-quality application is developed. Manual testing places a cap on the number of tests that can be verified, but automation frees up time to write new tests while including them in an automated test suite. This results in increased efficiency and productivity when paired with manual testing for any software project!

Automated testing is more useful than manual when software tests fail. Not only does it give insight into the application, but also displays what’s going on internally within a program in order to help developers find out where things went wrong.

Regression tests can become unmanageable over time as more features are added to a product. Automated regression testing would be a cheaper and better solution, but the volume of data makes it impractical for humans to manage without automation tools. “It’s vital to automate a regression test suite when it grows into a big monster,” says Dmitrii Bormotov, a Senior QA Engineer at OnTarget Group.

Automation is key to making testing cost-effective and scalable. You should choose an automation solution that lets you maintain a clear picture of your test suite, allows adaptation without any coding skills needed, and helps keep maintenance costs down with no coding required!

There are a variety of test automation tools on the market. We’ve highlighted some here for your perusal. For those businesses and enterprises seeking to be leaders in their fields, we encourage them to choose a future-proof tool. Not those inundated with maintenance issues. The leading disrupter in test automation is AI. Although it can be a significant investment initially, it can reduce costs in the long term. Software Testing Director Andrei Mikhailau justifies that automated regression testing, “Reduces testing costs (only for long-term projects due to the substantial initial investments required to develop a test automation suite that results in a high ROI only in the long run).”