How to integrate test automation into software development cycles

There are many challenges with integrating test automation into software development cycles as all team members may not be proficient in the scripting languages and/or tools necessary to succeed. For a Quality Control manager, throwing more people at the problem may not necessarily be the solution. In some instances, it could hinder the QA team and end up costing more in the longterm.

How do you overcome these challenges while still keeping up with swift Agile development cycles? In this article, we will discuss how our test automation software helped one client conquer these typical challenges.

“Autify has been adopted as a tool to automate the enormous number of software testing that they deal with.”

DeNA has a specialized team of testers who are considered Software Engineers in Test (SWET). These are software developers whose focus is on testing. The benefit of having a software engineer be a tester is that they can code the bugs they find rather than pointing out errors alone. At DeNA (and similar to many other software testing departments) not all team members are fluent in using software like Selenium as it requires writing code scripts for running automated tests. Their engineers who used it was at their own will, however, the usage was not mandated department-wide.

What was required of the department, unfortunately, were many manual tests.

“We were overwhelmed with daily manual testing.”

The QA team at DeNA would manually take screenshots of bugs, then catalog and manage them in Excel. Their focus shifted away from testing but more on the tedious tasks of creating screenshots explains Kenji Serizawa. With the introduction of Autify, this requirement vanished. It also allowed their team to increase the range of tests rather than reducing workload according to Naoki Kashiwakura. With Autify, there was no need for manually logging screenshots as the software does this for you.

How to integrate test automation? 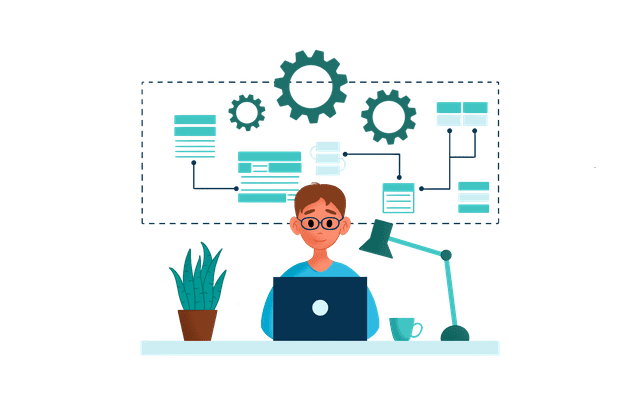 It is wise to start small at first. Then increase automated tasks. This is what many of our clients have done, including DeNA.

They illustrate how they started with automating small tasks, “we started creating scenarios for short test cases such as checking the display and page transitions.” They then started automating some test items one by one. This was great for repetitive tasks. “We’ve raised the priority of repetitive tests, gradually turned it into scenarios, and run it on a regular basis,” according to Kenji.

The team would have regular meetings with the team leads to discuss test automation using Autify. From the strategic planning phase their tactics consisted of:

There are plenty of benefits of integrating test automation software including; more time spent testing, more people for testing, which means more man-hours and an inflated total cost of ownership in software development.

“By automating simple items we were able to spend time on other tasks,” explains Kenji regarding when the team introduced test automation. Their greatest benefit materialized with the ability to automate repetitive tests at scale. “At our scale, doing it manually is impractical. I can’t imagine how many people we would need.”

“Autify is amazingly simple and extremely easy to get into,” describes Naoki. “For example, it’s easy to use even without any coding skills, and that point alone made it viable to introduce it to the whole team,” the QC lead elaborates.

In our client’s case study, they realized a bump in productivity. “This is still experimental, but when I tried it for about a month with a product with a quick-release cycle, I was able to reduce workload by about 10%,” details Naoki.

We have interviewed many QA testers and a wealth of them dislike the manual repetitive nature of their jobs. They are also new to integrating automated testing solutions. Until the entire department mandates automation, they must deal with their challenges individually. However, what if an AI-based automation solution was present to alleviate the frustrations of manual testing? Would your team try it…

With Autify, we have seen QA teams start small then scale their efforts. This allowed for implementing more tests and handle repetitive test tasks. Chat with our reps for a personal demo. Give Autify a try today!