Thoughtful decision-making shapes the product’s future: an interview with a Product Lead leading the way during Autify’s growth phase.

Keita Moriya is a Product Lead who initially joined Autify, Inc. as a front-end engineer. He says that his work had changed entirely from an engineer since becoming a product lead. What kind of work does he do? What new perspective has he gained as a product lead?

- What made you want to become an engineer?

Keita: The first time I ever wrote a program was in junior high school. I made games like Brick Destroyer and shooting games using free software as a hobby. A programming course I happened to take at university was pretty interesting, so I wrote code for my dissertation as well. I didn’t plan to become an engineer at the time. Eventually, I needed to find a job, and after a while of agonizing, I decided to go into web development. Thanks to an acquaintance, I was able to join a web development company as an intern.

It was Mr. Chikazawa (founder of Autify, Inc.) who invited me to his company. It sounds pretty dramatic, but I think it’s safe to say my career as an engineer started thanks to Mr. Chikazawa!

- What made you join the company as an employee, having worked as a freelancer?

Keita: I’d been working as a freelancer until then, so I did hesitate before joining the company, but there was a clear reason that made me take the plunge. As a product developer, there was always a part of me that wanted to create something easy to use and made the user’s life easier. But I also knew that it wouldn’t make sense if I couldn’t earn any money from it.

If you want to contribute to the world by developing a useful product, you need a good engineer. If you need a good engineer, you need money. In other words, if you can’t earn money with the product, the business will fail. Autify solves problems that users are spending a lot of time and money to solve. I was confident that Autify would bring in capital. Also, it was technically exciting, and I saw meaning in the product. That’s the reason why I decided to join the company.

- Were there any discrepancies in your expectations when you joined Autify?

Keita: I’d been working as a freelance engineer on a contract basis for a long time, so opportunities to work with other engineers were few and far between. The first thing that shocked me when I entered a workplace where co-founders and freelance engineers worked together was that everyone was at a very high level!

New members joined the company after me, but every single one of them is exceptionally competent. Now, I delegate and ask for help from my trusted team members. I’ve gained a lot of experience by being given a lot of new learning opportunities and discoveries. It truly changed my life as an engineer. 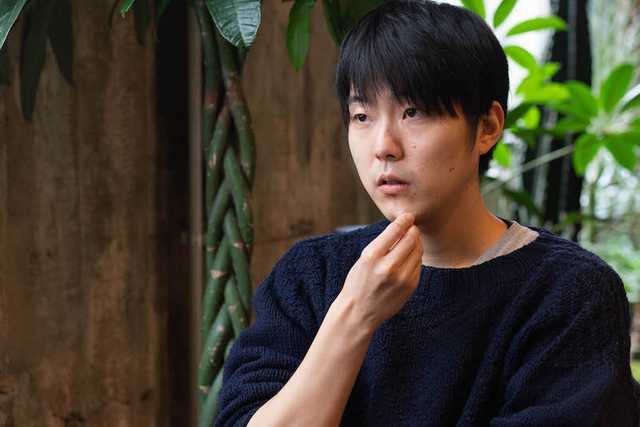 Listen to users to guide the product’s direction

- Having joined Autify as a front-end engineer, how did you end up becoming a product lead?

Keita: When I first joined the company, Autify lacked features that it should have had, such as the recorder feature and screenshot feature, so I created a lot as my life depended on it. Then, when the product was developed to a decent level, the number of users started to increase. All of a sudden, we were faced with about 10 to 20 medium priority tasks. When I was thinking about which one to begin with, it became more apparent that spending time to think was more important than trying to tackle them all.

At the same time, new members joined our team, and there were times when communication didn’t go very well, such as forgetting to say something even when I thought I did. As an engineer, I worked as a team member. One of the main turning points was that I realized that there should be someone who oversaw the whole team to improve the product and encourage communication. I brought this up with Mr. Chikazawa and asked if I could take on that role. He was like, “sure!”

For the first three months, I was a product owner and a front-end engineer. But there were too many tasks, and I couldn’t take on both roles. That’s why I officially became a product lead. Given the number of problems, I think we were at a phase where the product’s direction would change depending on our focus.

- Specifically, what kind of work do you do?

Keita: First, I meet with clients and talk to them directly about which features they use, what kind of challenges they are facing, what kind of improvements they want to see. I also keep track of all user feedback related to product improvement via Intercom (a chat-based product inquiry tool). My job is to prioritize tasks, create a product roadmap, and prepare specifications for engineers based on various user feedback. I discuss with the UI/UX designer and agree on a set of specifications so that we can provide what users need while balancing with the resources we currently have.

Communication is vital in the entire process. We constantly use Slack to communicate based on tickets posted on Clickup, a project management tool. I also make an effort to communicate directly. To push the product in the right direction, I believe that it’s important to assign tasks effectively and communicate within the team and with staff outside of the team. For example, the Customer Success team is critical because they get all the customer feedback; they’re like the heart of the company. I want the development team to work closely with the CS team.

- Do you often decide not to do something?

Keita: Yes, I do often say that I won’t do something. The product is still at an early stage, so there are features we should have but don’t. However, we’d never be able to move forward if we were to develop them all without prioritizing. I could think of an endless list of new features that Autify would have in an ideal world. But we only have so much time, so I try to balance the value we provide to our users and the cost. I’m not exaggerating when I say that the job of a product lead is to make decisions.

- It sounds like your job has completely changed since you were an engineer.

Keita: It was a 180-degree change. The product lead’s job is to create a work environment where the team can work at its fullest potential and smoothly create value, so I do whatever I need to do to make that happen.

- Has your perspective on work changed since you became a product lead?

Keita: When I was an engineer in my twenties, I was cheeky. When I was given a specification, I would ask why we are doing it in that order or say there’s a better way. Now that I’m responsible for writing and handing over specifications, I know how the engineer would react to it because of my experience as an engineer. In that sense, I think my experiences are being put to good use. I try to stand in the engineer’s shoes and create specifications that are doable for them. I remind myself that things I’ve done in the past will come back to me at some point.

- Have there been any changes in things you find rewarding now that you’re in a different job position?

Keita: I write significantly less code now. I enjoy writing code, so I was worried that I wouldn’t feel fulfilled at first, but I was surprised to find that I still feel happy with my job! It’s always exciting when the specifications that I create get completed, and I love it when users are happy after each release. Even though I have many days when I don’t write code, I find enjoyment in making users happy. Now, I’m able to focus on making Autify the best product it can be. 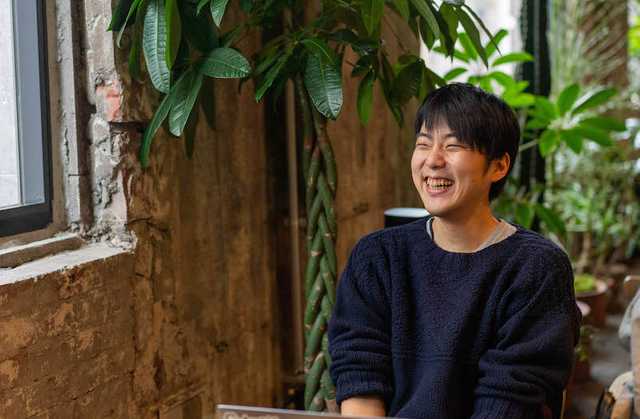 The efficiency in Sado and its commonality with engineering

- How do you spend your days off?

Keita: I have a young child, so it’s fun to do crafts with them. We made a traffic light the other day, and we decided to make it so that it would change colors. It was fun to think about how we can make it work. I always feel happy when my child is having fun with me.

I haven’t told many people about this, but I’ve been doing Sado (Japanese tea ceremony) for 5-6 years. There are many things about it that I find very interesting as an engineer. Front-end tech can become obsolete in half a year, while in the world of Sado, something that started ten years ago is considered new. It only becomes old after 100 years! Time flows at a different speed. Tea ceremonies look ritualistic, but each movement is highly efficient. Rules like picking up the tea bowl with your right hand allow you to move faster and beautifully. If you deviate from that rule, it will take longer, and the move will be ruined. Interestingly, each movement in Sado is efficient and doesn’t have any unnecessary parts while being extremely beautiful. That’s something that Sado and engineering have in common.

- As Autify continues to develop, how would you like to grow with it?

Keita: In a job interview when I was at a web development company, I was asked a similar question. I answered, “I want to be like a tunnel.” Clients and designers have their wishes, and by going through that tunnel, those wishes come true just as they’d envisioned. I want to be like that.

In fact, that’s what I do as a product lead. Rather than pushing my ideas, I’d like to make the clients’ wishes and the company’s vision a reality. It’s what I’ve always wanted to do. I will do whatever I can for those who need Autify.

- It’s gratifying to do something you’ve always envisioned, isn’t it?

Keita: Yes, I’m pleased with where I’m at. Autify will become the best product in the world. You’ll have to wait and see what it will end up being like, though!

- Finally, what would you like to say to those who are joining Autify?

Keita: Many clients talk to me about the challenges they face with test automation, and Autify is a product that helps solve them. As a product lead, I oversee the entire team, but I learn a lot from them because each member is so competent. It’s a very stimulating work environment, and I feel so grateful that I get to work with them.

If you feel unfulfilled, if you think you haven’t had the chance to give it your all, I’d like you to consider Autify. It’s a company that allows you to give 120%. We are hiring people who are willing to take on challenging tasks.

After producing rich content with Flash and JavaScript at a web production company, Keita started working as a freelancer. He developed web applications using React/Vue, native applications on iOS/Android, and designed UI. He joined Autify as a front-end engineer in March 2019 and is currently working as a product lead.