In the world of QA testing, Selenium is considered the standard choice for DevOps teams. This open-source suite of testing tools is great as it allows test engineers to write test scripts in their native programming language. There is a tool for non-engineers to record-and-playback tests using a GUI. With all these perks, there are many pitfalls, however. Hence why many competitors have emerged. Here’s the list of top Selenium alternatives in a growing pool of options.

“Selenium is a fine test automation tool, however, it lacks many feature requests testers have been asking for…”

Selenium is an open-source tool for automating web applications for testing purposes. The suite contains Selenium WebDriver, Selenium IDE, and Selenium Grid. WebDriver is the de facto tool most engineers use for creating test scripts. IDE is aimed at non-engineers. It offers a record-and-playback GUI which “codes” tests for users. Grid offers physical and virtual devices for users to run simultaneous tests at once.

Selenium downfalls and why people search for alternatives 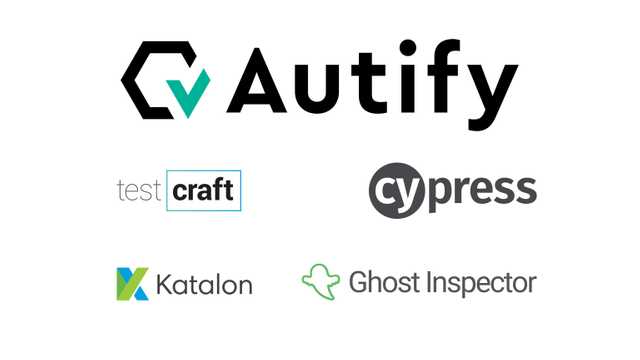 One of the best Selenium alternatives is Autify. It is an AI-powered codeless test automation software platform. No code platforms are easy to use and do not require coding in a programming language in order to create test scripts. This means non-engineers can create test scripts without training. You can run and record regression tests without learning or writing a line of code. Autify algorithms can discover UI changes, continue test scenarios rather than failing, thus saving valuable time and resources for DevOps teams.

TestCraft is a test automation tool built on top of Selenium. It is boasted as the missing component Selenium needs. It allows users to create test scripts without writing code.

Cypress is an open-source test automation platform that has recently launched. The tool aligns more with current development principles than Selenium, which is why it is one of the top picks among developers. The platform features two tools; Cypress Test Runner for running tests in the browser and Cypress Dashboard for a suite of CI tools.

Katalon is a test automation platform built on top of Appium and Selenium frameworks. Test desktop, mobile, web, and APIs using the platform. It, too, uses a codeless IDE approach to writing test scripts. The suite of tools consist of; Katalon Studio, Katalon Runtime Engine, and Katalon TestOps.

Selenium is a fine test automation tool, however, it lacks many feature requests testers have been asking for. Although paid options, the above-listed Selenium alternatives offer features worth paying for. Those common themes are codeless test script creation, AI-powered test script maintenance, cross-browser and multi-device compatibility, and actionable reports with screenshots. If you are looking for help deciphering which tool is best for your QA team contact us today for help!