Automating your Testing and Deployments Daily with Autify

Frontend Testing is a technique whereby the graphical user interface (GUI), functionality, user experience, stability, and usability of software applications are tested. The main goal is to ensure every successive update in features and functionalities is bug-free and works as intended. A lack of this process can be catastrophic to any business because the main purpose of developing applications is for the end-users, and if the end-users don’t have a good experience using such applications, then, the web or software application is as good as an antiquated version.

Automation as described in the Oxford dictionary is defined as “the technique of making an apparatus, a process, or a system operate automatically.”

Automation is changing how things work today. From the easiest of routine tasks to highly technical jobs, everything is slowly getting automated. The general idea behind automation is to build once, and re-use for N number of times, with N being any amount of number, while saving millions of dollars and time.

Testing is repetitive; therefore, a lot of similar tasks may be required to run at intervals as the product grows. This is why most software teams choose to automate this process with already existing tools to minimize errors and maximize productivity. Rigorous processes and tasks exist in testing and these don’t have to be done manually every single time a new feature is added to the end-user interface.

Test automation utilizes the idea behind automation and it’s simply the process of running tests automatically, managing test data, and utilizing the results for better performance.

What is Deployment Automation?

Deployment automation can be described as the process of moving a software product between testing and production environments with the use of automation. Deployment can be very technical and as mentioned earlier, a lot of things can go wrong if the software product has not gone through a proper testing phase. There are many tools out there that ensure the software is well tested and deployed, but most of these tools still lack the qualities Autify’s AI-powered deployment system possesses.

Do you know that software teams can deploy daily?

The general idea behind this process was to find issues faster, provide necessary feedback, and rapid bug-fixing. Here’s a case study with our client, Graffer, who deploys up to 10 times daily.

Graffer Inc. (Graffer) is a start-up that aims to solve digitization issues that government services face by developing SaaS applications for government organizations. The company offers Graffer Smart Application, a system that allows users to apply for IDs and copies of their residence certificate by holding up their My Number card to a smartphone. Fees can also be paid electronically. Many local governments all over Japan have implemented their service.

In a recent interview with Mr. Kyo Ago, a Frontend Engineer at Graffer, he stated that “Our company offers around 20 services and the most frequent one releases five to six times a day. If you add up all services, we deploy about 10 times a day.” 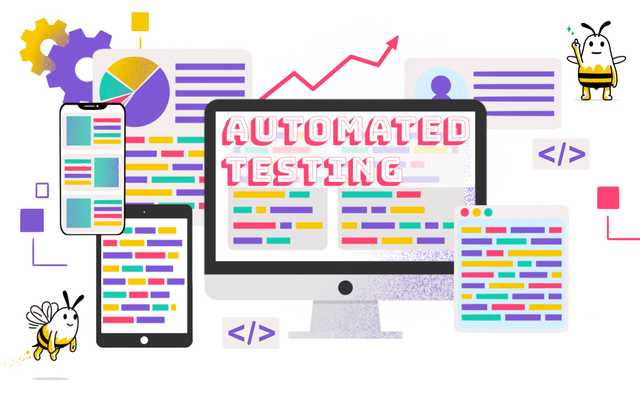 The fear and perception of technology nowadays revolve around automation. It’s very easy to assume that many jobs can be lost due to the relative ease of doing things with the use of software. However, at Autify, we provide technology that allows us as humans to be more productive and focus on creativity.

In summary, we believe that AI would replace the dedicated testing phase in the future. This is how we plan to disrupt the current software development life cycle:

First, we will provide a product that can automate a greater proportion of test cases that are currently being tested manually.

Currently, test coverage varies from person to person. We provide a product that increases the test coverage along with the automation percentage.

The test phase is for verifying that all operations work as intended after development. If we can automate tests at the initial stage of development, development can be driven by tests. Once all tests pass, the software can be released without a separate test phase.

Testing applications as they scale is the industry standard for ensuring the quality and proper performance of products. The automation of this process has seen the software industry build applications faster and ship code at less expensive costs and at a lesser timeframe. Autify is greatly championing this process, making it easy for various software development companies to build applications, run tests, and ship code to production. If your team is in search of a next-level test automation tool, try Autify.