5 Software Development Challenges That Can Be Solved With AI

Software is the basis of most physical and technological advancements we see around us. The software world has grown very rapidly in the last few years and it’s not showing any signs of slowing down any time soon.

From Netflix’s home-binging videos to Amazon’s drone delivery services, software is heralding us into a new age where things are done easily and heavy tasks are automated with the punching of a few keys on the computer system. Many enterprises, governments, and private individuals have adapted to this changing effect and are building systems that embrace software development and its lifecycle.

The technologies that have also emerged in the last few years are massive ranging from Cloud-based hosting systems, advanced facial recognition and data analysis, plus a whole lot of other awesome technologies.

However, worthy of note in these various emerging technologies is Artificial Intelligence (AI).

What Is Artificial Intelligence?

Artificial Intelligence is known as the simulation of human processes by machines, especially computers. Specific application of AI includes speech recognition, language processing, and a host of other advanced stuff. But what we’re focusing on today is AI in Software Development.

Software development is the process of creating and maintaining computer applications, frameworks, and other computer components.

It’s no news now that Artificial Intelligence (AI) is a leading frontrunner to changing how developers, testers, operations, and all major stakeholders in the technology industry work. Software developers can use AI to write and review code, run automated tests, debug, and most often optimize the software development project phase.

Due to the increasing number of sophisticated technologies, workforce, use-cases, and so many other factors, software is getting more expensive to build and even much more to test and manage.

Some of the common challenges in the SDLC include:

The list goes on and on, and this goes to show that as your software application grows, so do the challenges in maintaining it grows.

Artificial Intelligence To The Rescue

Artificial intelligence brought speed, precision, and efficiency to the entire Software Development Life Cycle (SDLC). It allows developers and all stakeholders to focus on the design and feature-building of the software rather than waste time and resources on bugs, repetitive tasks, or continual test cases.

We’ll be discussing the 5 most common challenges faced in the software development life cycle and how AI solves them superbly. They include: 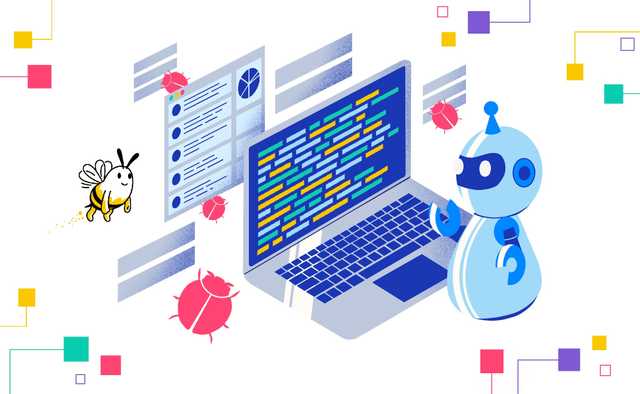 Bugs are common. I mean, they are normal and they can be annoying! Most of the time, bugs are not intentional, they just seem to occur in your code as your application grows and develops. Traditionally, to debug your code, minutes can turn into hours, hours into days, and days into weeks, leaving you stranded at a particular spot, frustrated and angry.

The major challenge here is the cost of fixing bugs the traditional way as the software develops. AI commands this process of debugging effectively by catching at least 90% of bugs before the software application moves on to the testing phase.

It can be business-wrenching when a bug takes down your production server or crashes an entire codebase. There are so many other use-cases where bugs can have a devastating effect on your software. AI commands this process of debugging effectively by catching at least 90% of bugs before the software application moves on to the testing phase.

This has been found to be one of the most important challenges AI solves in software development that enterprise-level organizations are talking about and implementing. As developers are typing, punching their keypads, AI-powered code completion tools recommend lines of code for completing the developer’s workflow. This has been found to reduce the number of bugs programmers input into their code effectively. This is one of many DevAug (Developer Augmentation) examples.

There also exist bug-fixing tools that predict and suggest proper procedures for dealing with bugs. These tools cut down debugging time by more than half. 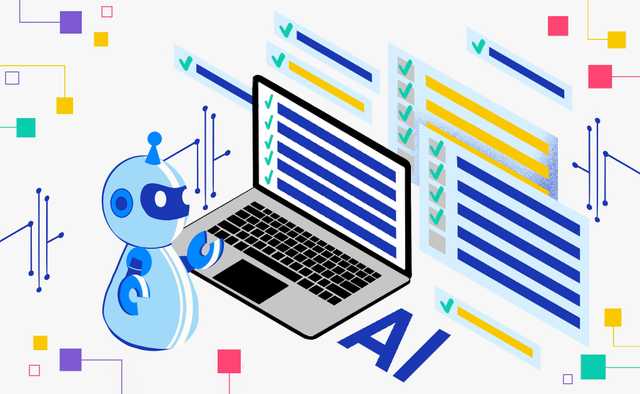 A common methodology in software development that embraces the use of fewer lines of code put in a place i.e. functions for the same repetitive tasks or lines of code is known as DRY (Don’t Repeat Yourself). AI is powered with technology that reads through lines of code and informs developers how to refactor code lines that are similar and carry out the same kinds of tasks.

Another very important aspect of the software development lifecycle is the testing phase. Testing a software application is a very rigorous process and it involves writing a series of tests on the application as it grows and develops. This can turn out to be very repetitive because as new functions and functionalities are added to a codebase, so is testing done on each functionality.

AI helps developers formulate better test cases and upcoming situations that can have a damaging impact on the performance of the application. 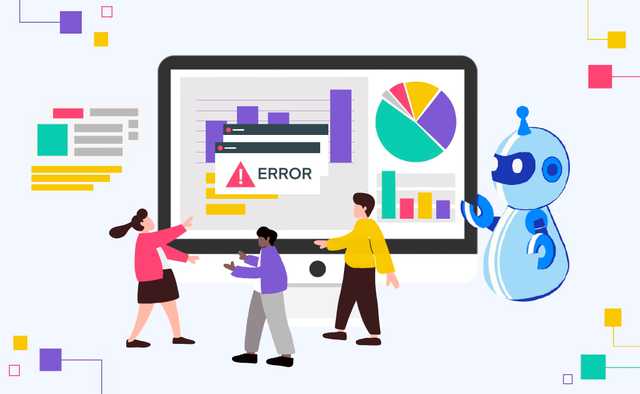 Human errors are common and not just in software development, they are common in most industries and fields in the professional and personal world. However, in software development, human errors can end up being costly and damaging to business structure and application performance. They are common, yes, unavoidable, yes, totally unavoidable, NO! Artificial Intelligence is here to bridge that gap between software engineers and errors.

AI-powered tools and technologies help with resolving these challenges and other numerous use-cases where human error can be the cause of a system breaking down or system performing in a way as it is not supposed to as seen in the first scenario we used here.

These tools are programmed to read through every line of code, test suites, business implementations, designs, and many other critical aspects of software and provide a fail-safe to catch and deal with human errors. 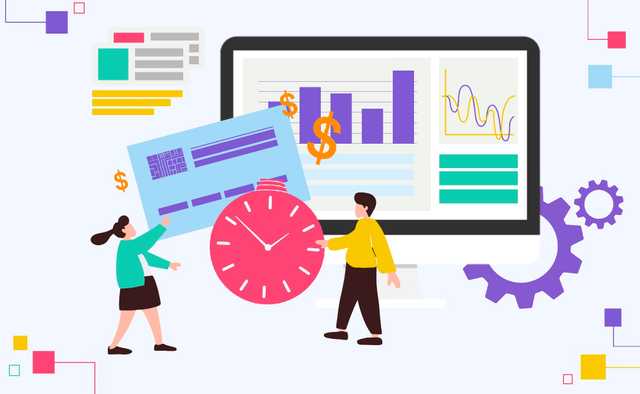 This is arguably the most critical part of the Software Development Life Cycle as it cuts across every phase from the idea stage, to design, implementation, testing, deployment, and other critical parts. Bad time management and inadequate usage of resources have proven to be the number one root cause of most software projects being abandoned and them meeting an abrupt and destructive end.

The time it costs to develop a software application is dependent on a variety of dependencies. A software system goes through different stages of development e.g. design, coding, testing, implementation, and so on. These stages are most times dependent on each other and a particular stage would not be initiated if a prerequisite stage is not completed first.

AI helps to reduce time and costs by ensuring each stage of the software development lifecycle is fully synchronized with tools that provide real-time data and analytics for easier development and delivery. 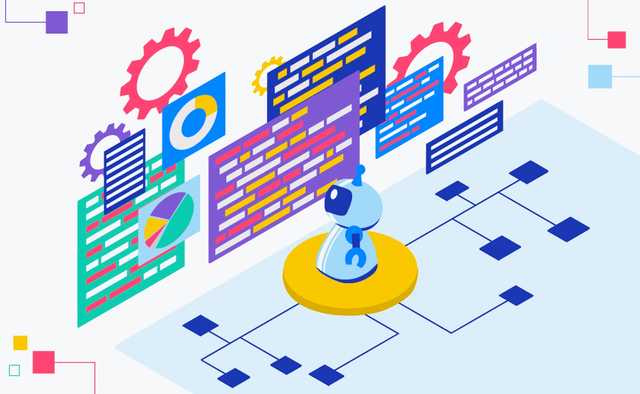 The building blocks of software most times remain the same across several industries and programming languages. Traditionally, to gather enough data when building new software, data analysts are put through a rigorous process of analyzing the variety of information available to them both physically and on the internet.

With the use of AI-powered tools and technologies, carrying out analysis of the trend in data has become relatively easy. Trends in data can include business factors, user acceptance, and so many other factors. 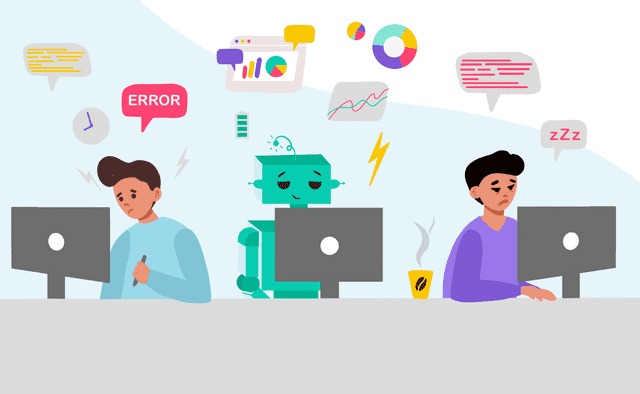 Today, software development is one of the fastest-growing industries in the world. With industries, enterprises, and many other sectors of the economy demanding scalable, secure, and unique applications, there is great pressure to deliver the best in developing communities and this might cause human errors or complete fallout of the system.

In these cases, adopting AI technology will provide simple solutions and fast-track a breeding ground for more innovation. It’s no doubt that AI-powered tools and Machine learning are the future of software development as it curbs major challenges and also improves delivery of quality applications.

Adopting this technology early and implementing AI into the software development life cycle can be the best decision any organization can make. If your team is in search of a next-level test automation tool, try Autify.