Cypress is a frontend testing framework built on top of Mocha. It is used mostly for libraries like React.js, Vue.js, and Angular.js. For quality assurance personnels’ and frontend developers, Cypress is considered a top choice for end-to-end testing. Its non-reliance on Selenium makes it perfect for browser DOM elements.

However, Cypress has some major limitations that hinder it from being the standard framework for writing test scripts. This is the reason many other competitors have emerged in the market to solve these limitations of Cypress.

Some of these major limitations to Cypress which Developers found include:

Must Write Tests In JavaScript – This is a huge limitation to the Cypress framework as it’s not built for non-engineers or non-JavaScript developers. To write good test automation scripts in Cypress, you have to be equipped with extensive JavaScript knowledge. This is highly frustrating and doesn’t give room for innovation.

No Multi-tab Support – Because Cypress runs in the browser, multiple tabs support is disallowed when running tests. Just like running JavaScript in your browser’s DevTools, you have to use a page to debug using the DevTools. The test automation process of Cypress is very similar to this feature and makes it difficult to scale test scripts.

Cypress is Slower – Contrary to popular beliefs and the documentation from the Cypress team which claims Cypress is faster than most automation tools out there, it is slow. Its execution speeds at the stage of initiation and project launch are fast but as the application grows and develops, Cypress becomes very slow as it can’t keep track of all the progressive changes. This makes it inefficient and difficult to maintain test automation.

Maintenance – As with most applications, the process of the Software Development Life Cycle is an ever-growing one. The application grows as more features and functionalities are added and in turn, so are test suites and test cases. Developers have found it difficult to keep up with these changes while using Cypress for testing. Tests are scheduled to happen rapidly and, in most cases, Cypress can’t keep up.

Complex and Inconsistent Syntax – Cypress has a high level of syntactic ambiguity accustomed to it. Due to its sole reliance on JavaScript as its runtime language, Cypress is considered to be difficult to use, as not just anyone in the SDLC can pick it up and use it for testing. Any engineer that uses Cypress too must be experienced in some advanced JavaScript concepts such as asynchronous programming.

Cypress downfalls and why people search for alternatives

As discussed above, some of the major downfalls people face when using the Cypress testing framework include heavy reliance on JavaScript, complex syntax, and much more. These limitations have paved the way for some other testing tools to emerge and they include: 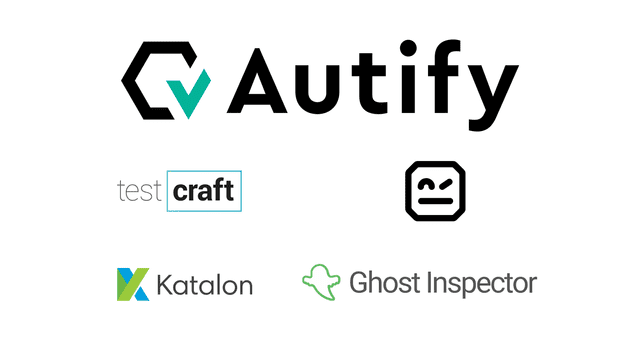 One of the best Cypress alternatives is Autify. It is an AI-powered codeless test automation software platform. No-code platforms are easy to use and do not require coding in a programming language to create test scripts. This means non-engineers can create test scripts without training. You can run and record regression tests without learning or writing a line of code. Autify algorithms can discover UI changes, continue test scenarios rather than failing, thus saving valuable time and resources for DevOps teams.

TestCraft is a codeless Selenium test automation tool for the web. It’s a cloud-based continuous testing platform that allows manual test cases to be automated. Its major advantage is that it requires no prior knowledge of computer programming.

Pricing: Robot Framework is open-source and does not require any sort of payment.

Cypress is a good test automation tool for frontend testing; however, it has some major limitations that hinder it to be widely accepted as the standard tool for testing. This is why alternatives such as the ones listed above have been developed. You’ll be getting value for your money on most of these products, and if you’re still confused about which product is best for your use case, you can contact us today.